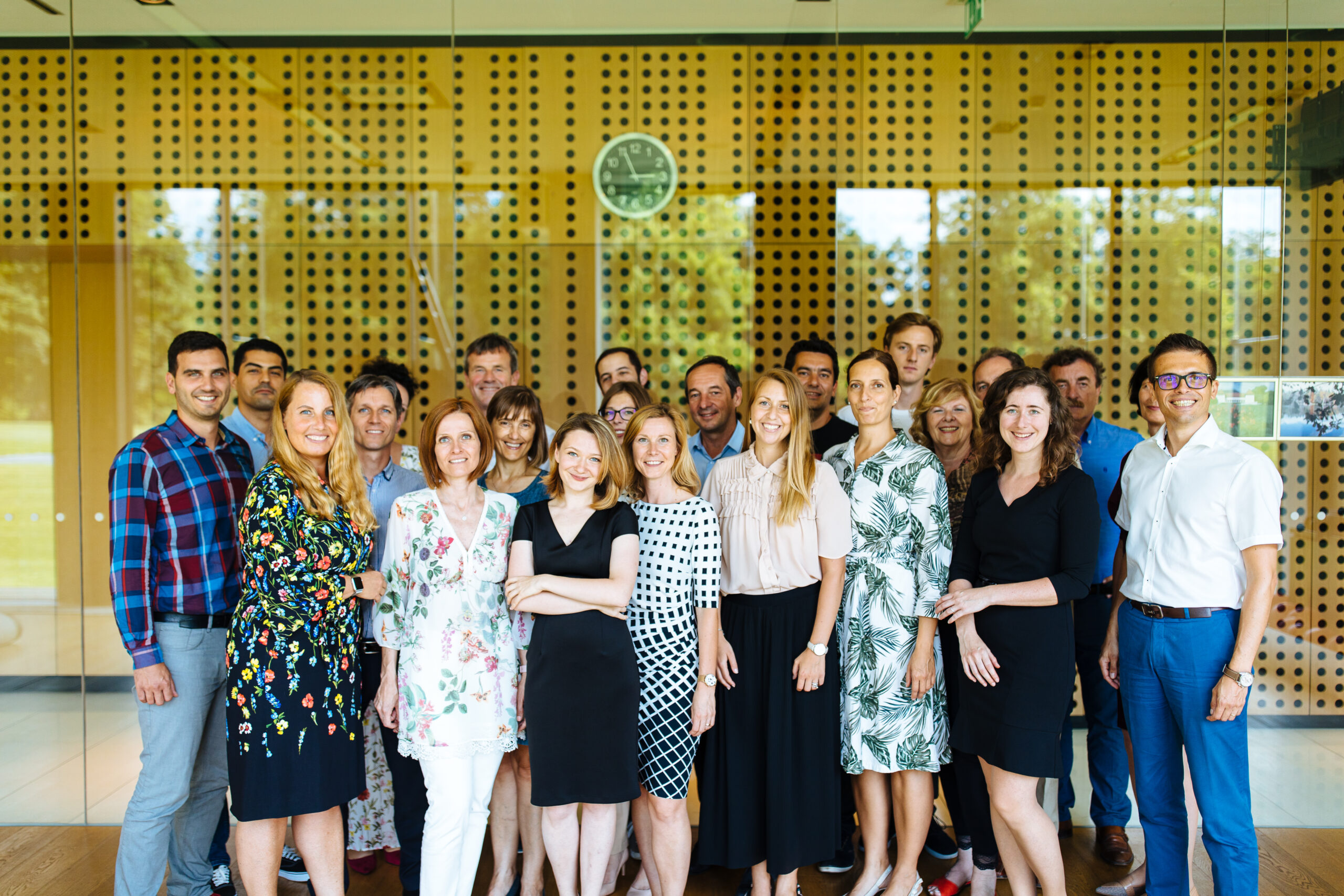 During the past 75 years, Slovenia-based company has played a pioneering role in the development of single-phase induction meters, three-phase meters, smart and electronic meters, and a provider of services that were already taking the demanding international market.

Iskraemeco is the proud successor of the companies, which were serving the markets with advanced solutions already in the first half of the 20th century. The beginnings of Iskraemeco date back to 1945, when pre-war production plants changed their name into Strojne tovarne and began the development and production of electricity meters.

Since the early days, the company’s name has been synonymous with advanced solutions and high-quality products

The experts in Kranj developed the first single- phase induction meter E1 in 1945. Only nine years later the company launched the first and − for nearly a decade – the only conveyor belt in former Yugoslavia.

The daily capacity of the line was 400 meters. By the year 1958, a total of one million meters had been dispatched from Kranj. In the 1970s customers welcomed with enthusiasm the first industrial electricity consumption meter TE2 and the TE3 meter, which was the best high-precision meter available at the time. With the first industrial electricity metering and billing system installed in Bosnia and Herzegovina, the company kept abreast with other providers of comparable solutions.

From the company, which became one of the largest in the country with the expansion of production programs, several companies emerged, including the company Števci (Meters). Due to its focus on exports, the company’s revenue grew considerably in a relatively short time. In 1994 this publicly- owned enterprise restructured into Iskraemeco, a limited company joined by shares. Iskraemeco was the fourth largest manufacturer of electricity meters in Europe and one of the top in the world. The core point of the restructured company’s strategy was Automated Meter Reading (AMR) systems.

With knowledge and innovation, the company was ready for the new era. At that time, the contract signed with the Swedish utility was completed. The first generation of smart meters MT35X, delivered to the north of Europe, was followed by production of the new generation of electronic meters MT17X. In 2005, the sales in the electronic product segment exceeded the sales of electromechanical meters for the first time in the history of the company. In 2007, Iskraemeco has been acquired by Elsewedy Electric. Iskraemeco attained a valuable business partner and unprecedented opportunities for growth and development.

A shared vision of a smarter, more energy-efficient future is the driving force that connects the two companies in energy ventures.

Iskraemeco complements its impressive array of awards it has received in recent years, including Frost & Sullivan’s 2020 Growth Excellence Leadership Award and the FDI Award Slovenia 2019 of the Government of the Republic of Slovenia that awarded our company for outstanding contributions of foreign investors to the development of Slovenian economy an the

In close partnership with its Dutch customer, Iskraemeco developed the Fair Meter, a smart meter ensuring complete traceability of raw components and manufacturing procedures and lower environmental and social impact. In 2018, the meter received the Golden Innovation Award of the Slovenian Chamber of Commerce and Trade. The modular communication platform AC750 received the same award.

The achievements of the last decade are part of Iskraemeco’s bold vision to develop smart solutions which will help improve the energy efficiency of energy companies across the globe and to support digital transformation and sustainable aspects of better living through quality and innovation. 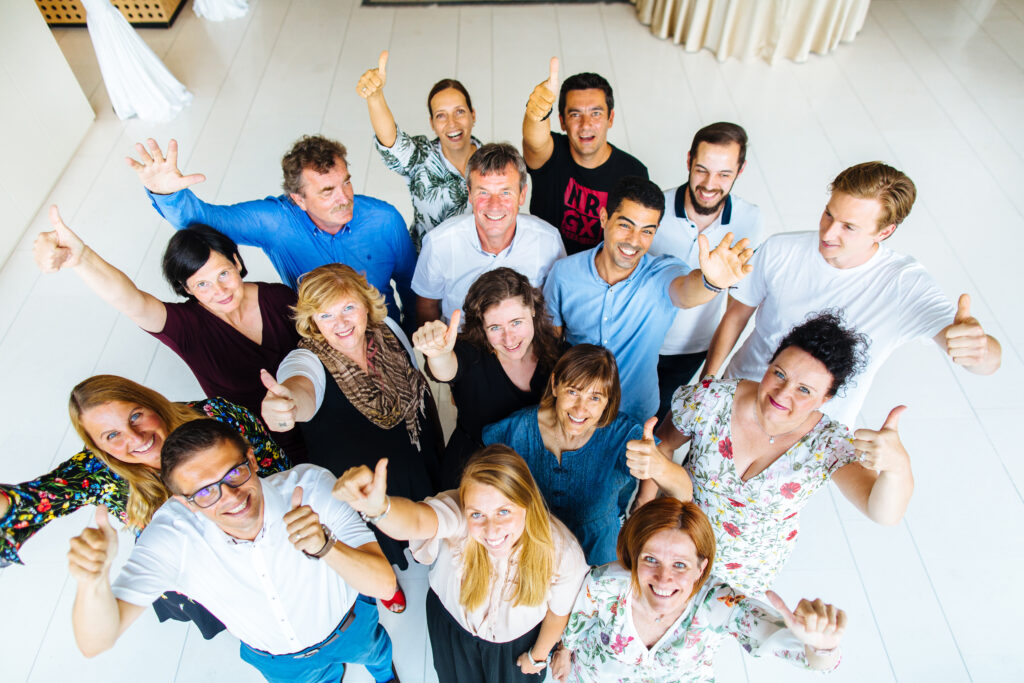 A team is always stronger than an individual. Knowledge, innovation and dedication of each individual employed by our company is of great importance for our business and we are proud that Iskraemeco employees have been transforming their invaluable experience, innovation, and thorough understanding of our customers’ needs into comprehensive energy management solutions. 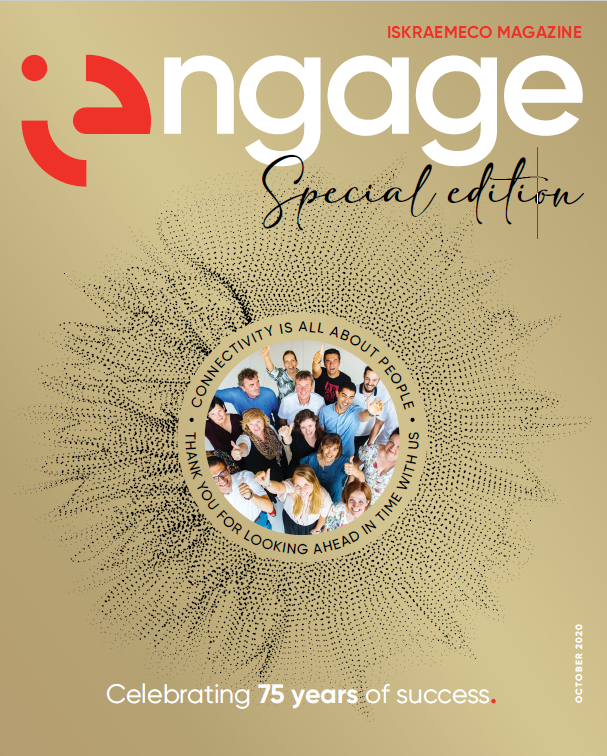 Special edition of Iskraemeco’s magazine Engage has now been released!

On this momentous occasion, we are delighted to share with you our achievements from the past 75 years and our vision for the next 75, and more. Inspiring insights, success stories, new business opportunities and future-proof focus, presented by our management team, are just a few topics we cover this time. 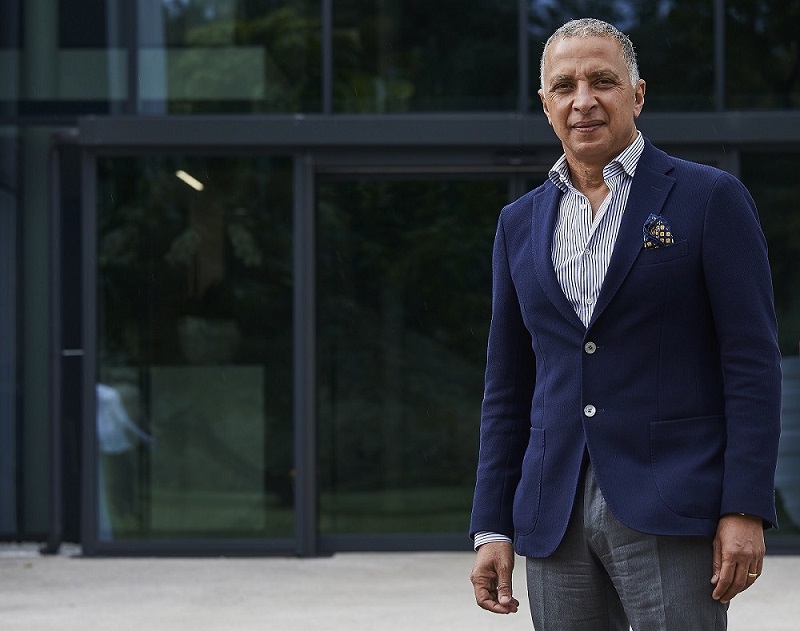 Eng. Ahmed Elsewedy, owner of Iskraemeco: People are the main asset of our company

On September, 22, 2020, we had a celebration of our 75th anniversary. We were pleased to be able to welcome to this event the owner of Iskraemeco, Eng. Ahmed Elsewedy, and his management team 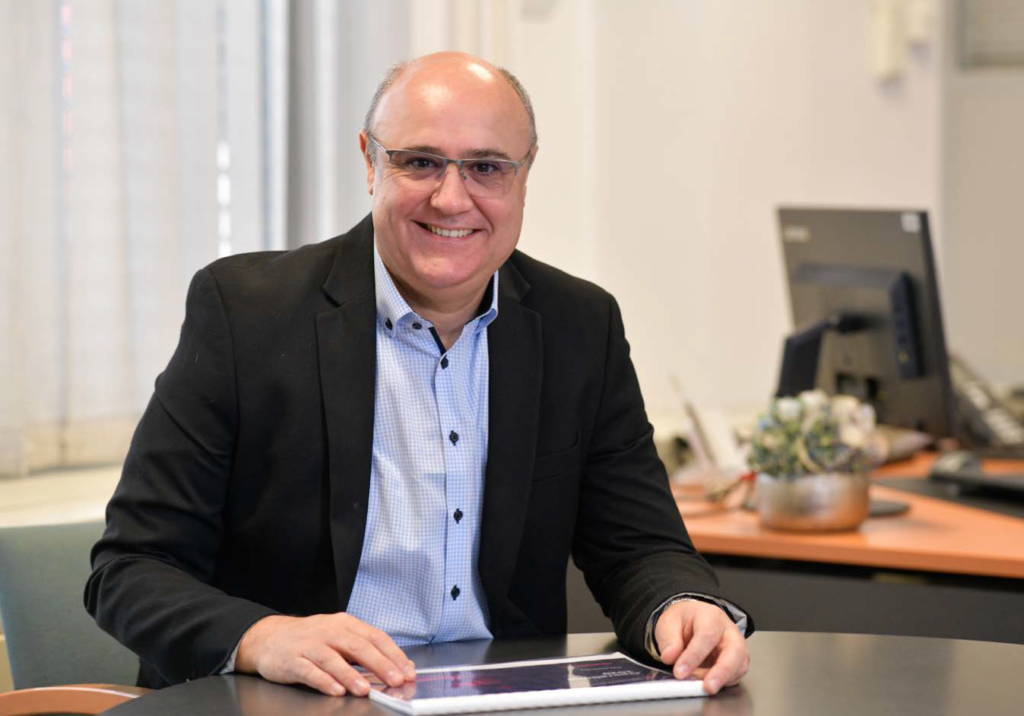 Reflecting on the long history of Iskraemeco, the first things that come to my mind are the employees or better to say an Iskraemeco family. 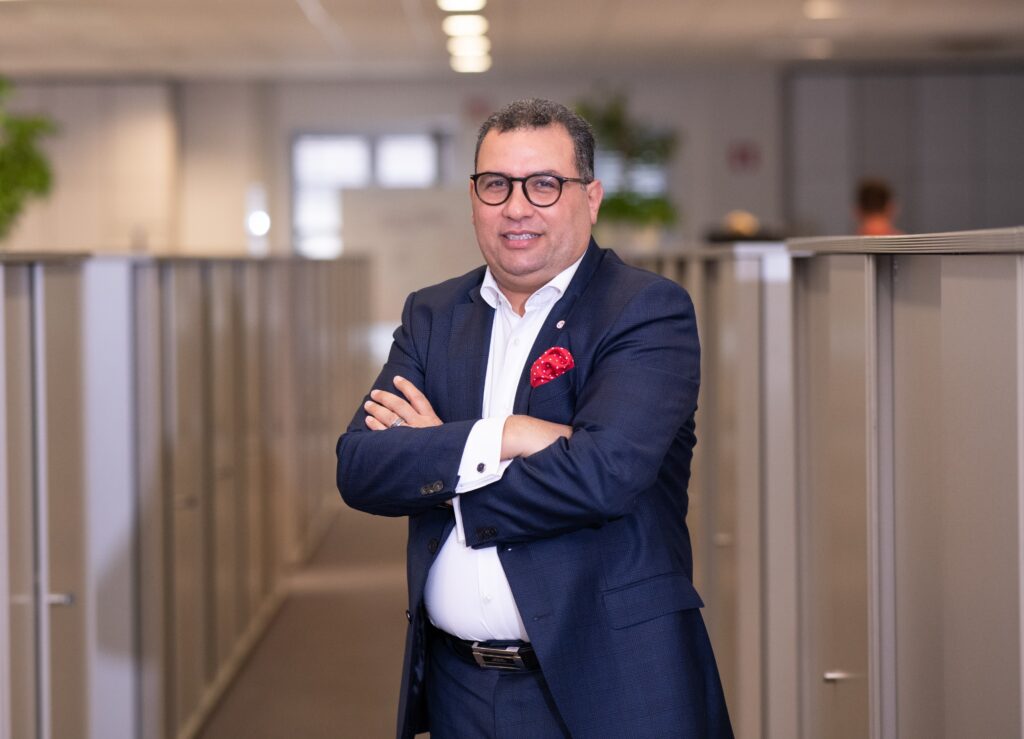 Earlier this year, we have reached a huge milestone: 75 years in business, a significant milestone that few companies achieve. It’s astonishing to think how far we’ve come and what we have achieved. 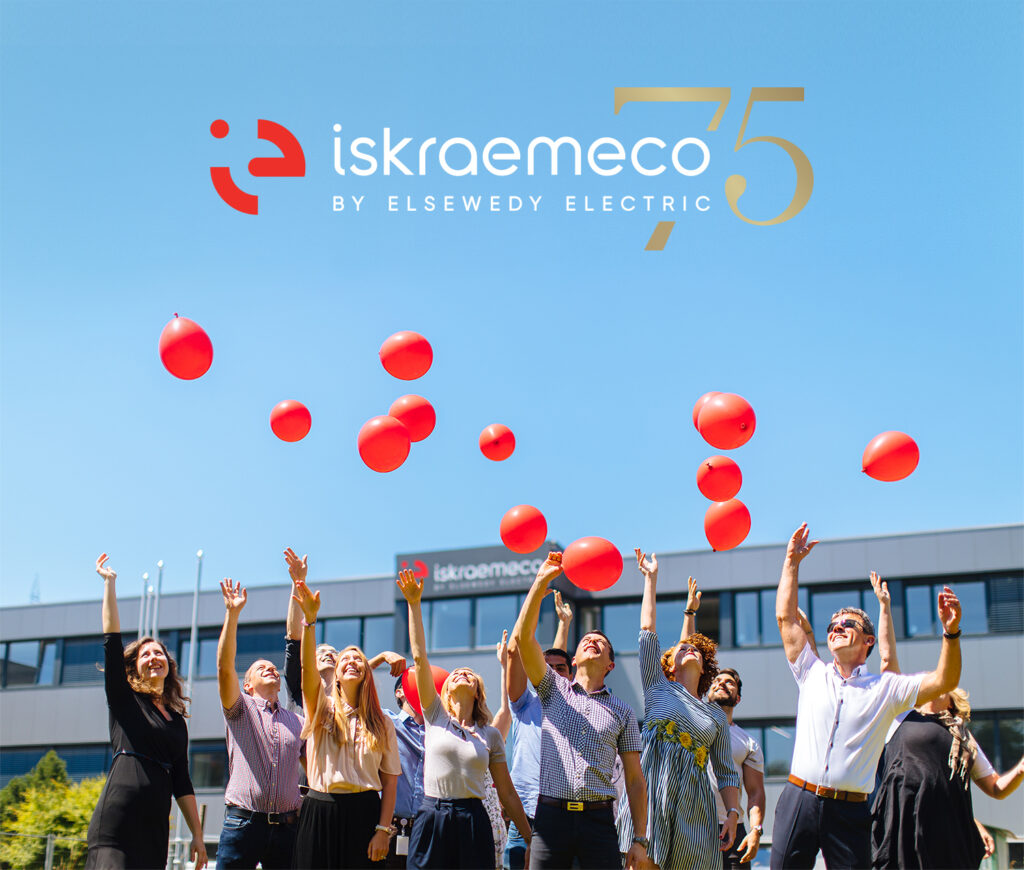 Iskraemeco is celebrating! Together we dare to dream about the next 75 years in business!

On the wings of our past achievements, decades of experience and a wealth of expertise, we dare to dream about the next 75 challenges to come. The future lies in the connectivity of people!